Lipoprotein(a), called Lp(a) for short, is a cholesterol-containing particle similar to the well-known LDL. It is distinguished by an additional protein (apo(a)) which causes it to potentially adhere to damaged spots in the lining of arteries.

If you have high Lp(a) but all other cholesterol numbers are good, you would nevertheless be at increased risk for a heart attack! Of all single risk factors for coronary heart disease (CHD), high Lp(a) is the greatest risk factor, even greater than very high LDL.

Almost everyone produces some Lp(a). It is even beneficial within a certain range (10 to 20 mg/dL) and in that range it reduces the chance of heart attack. But people who produce over 30 mg/dL enter the high risk category, and if over 50 mg/dL it is considered very high risk. Ironically, there are a few people who produce practically no Lp(a) but they are also at increased risk!

The reason for this scenario was explained decades ago by the great Linus Pauling. He hypothesized that Lp(a) may act as a surrogate for vitamin C. This vitamin is responsible for repairing and maintaining the artery walls (through the manufacture of collagen and as an antioxidant). Prehistoric humans during the winter did not have access to fruit and vegetables containing vitamin C so artery damage would develop. Our ancestors apparently evolved a mutation which conferred the ability to produce Lp(a) which then acts to seal minor cracks in the epithelium of the arteries thus preventing internal bleeding. This enabled humans to survive until spring when vitamin C was again available – the consumption of which would then enable proper repair.

Ironically, even though Lp(a) is the single #1 risk factor for CHD, the blood level is NOT routinely tested even though there are two good tests for it!! This is probably because Big Pharma has never found a way to reduce Lp(a). (Until possibly very recently). If you want the test you must request your doctor to do it. It is estimated that 20% of the US population may generate 30 mg/dL or higher of Lp(a).

Sandra Tremulis founded the Lipoprotein(a) Foundation as a result of her personal experience. She was an athlete, very trim, ate a nutritious diet, and all of her cholesterol numbers were good. But she almost died of a heart attack at age 39. Then her doctor found she was very high in Lp(a). Her story and the purpose of the Foundation is here. 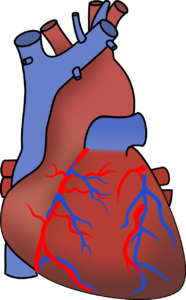 How I Lowered my Lipoprotein(a) by 61%
Scroll to top