How I Lowered My Lipoprotein(a) by 61%

Virtually everyone produces some Lipoprotein(a) in their body which is not considered a problem UNLESS it exceeds 30 mg/dL (or if by the particle test it exceeds 125 nmol/L). Elevated or high Lipoprotein(a), aka Lp(a), is a MUCH greater risk factor for cardiovascular disease than any other lipid factor including high LDL. The Lipoprotein(a) Foundation estimates that 20% of the US population develops more than 30 mg/dL, but doctors usually do NOT test for it unless you ask. The medical establishment has long claimed that very high Lp(a) is inherited (that’s true) and cannot be significantly reduced (not true). Very high doses of the vitamin, niacin, used as a drug, is reported to somewhat lower it. I know of two studies using niacin which achieved reductions of 28% and 39% respectively.

Recently two medical treatments to reduce Lp(a) have arrived. One is apheresis which is invasive and temporary, requiring repeated treatments. The other is PCSK-9 inhibitors which is claimed to work, but is very expensive.

Early in my recovery I tried mega-dosing niacin twice but had a very negative side-effect both times.  Later I learned I had a genetic mutation that caused “under-methylation” which caused my bad reaction. Suffice to say I did not use niacin (except very small amount in my multi).

But in 2014 the usual word from nearly all sources was that Lp(a) cannot be significantly reduced. To my surprise, the protocol I developed to treat my cardiovascular disease turned out to work extremely well, and with no negative side effects, only improved health.

My lab reports are posted below as evidence.

The first set of blood tests was done 4 months after my diagnosis. I was doing considerable supplements but my blood tests indicated I was still in BIG TROUBLE! My Lp(a) was extremely high risk on both the mass test and particle test. The more significant test is the PARTICLE TEST, on which I was 471 nmol/L – which is almost four times the point at which “very high risk” begins (125nmol/L).  (Another test for Lp(a) level is the mass test on which I was 99 mg/dl which was the top of that lab’s scale — so it was probably off the chart.)

One year later I was tested again. That report is also posted below. Most of my lipid numbers were optimal or moderate. My Lp(a) was 184 nmol/L which was still high, but vastly improved!

Although still considered high risk, THAT ‘S A 61% REDUCTION!

I had previously accepted the conventional dogma that high Lp(a) is not reducible. I developed an extensive protocol aimed at treating atherosclerosis and improving overall health. I did NOT specifically try to reduce my Lp(a). SO HOW DID THIS GREAT IMPROVEMENT HAPPEN??

First was diet. I avoided processed foods, no sugar, no soda, no bread, no wheat products, no fruit juice. I ate salads, vegetables but not starchy ones, some whole fruit, avocados, walnuts, coconut oil, olive oil, (but NO polyunsaturated oil such as canola, safflower, corn, soy). My meat was organic chicken and sardines. I regularly ate three organic eggs per day. I bought everything organic if available. No dairy, no alcohol, and even no coffee. I drank filtered water. Avoided over-eating.

In regard to supplements I included anything and everything that my research revealed might help against atherosclerosis (provided no conflicts). I wound up taking a ton of supplements, but part of it was aimed at reducing heavy metals (I had been tested very high in lead and moderately high in mercury) I was spending at least $550/month on supplements aimed at atherosclerosis and general health. I also spent about $150/month aimed at reducing heavy metals which probably helped indirectly to treat the atherosclerosis. (I took Chris Shade’s “IMD” binder, chlorella, NAC, and more, for that.)

So in a sentence:  I did very high amounts of supplements, a rather strict diet, and I exercised regularly, increasing as able – which included sweating out toxins/metals.

It’s a lot of supplements and the way I used them may have had something to do also with the positive results achieved. I purchased supps in liquid or powder form when possible, but most came in capsules. I would open the selected capsules at each meal and dump the contents which are then taken little by little with water in between bites of food. That way the supplements are incorporated into the meal as if part of the nutritional content of the food. Oil soluble vitamins are eaten with fatty food for better absorption.

After 20 months on my protocol, my GP doc and I agreed that I “appear to be cured.” I had the ability to do strenuous aerobics and weightlifting with no angina pain – which, early in the process, had severely limited my exercise.

Although I no longer have the symptoms of cardiovascular disease and my Lp(a) is significantly reduced, it is still a bit high (due to genetics). I continue to use supplements, but only at half the types and/or amounts I used for recovery. Of course I still exercise daily.

In regard to diet see my blog post titled “Dietary Suggestions.”

In regard to supplements, Vitamin C is most important. It needs to be mega-dosed to bowel tolerance 3-4 times per day. (I took 12 grams/day of ascorbic acid, plus a gram of liposomal C.)

Magnesium is very important. (I took Mg glycinate, 600 mg/day.) Other important supplements are vitamin K2, D3, A, E, and a good multivitamin/min. Also antioxidants such as R lipoic acid.

There are more that may be added according to a person’s situation and need, and finances.

Although some people (like me) have inherited extremely high Lp(a) some experts (Dr Methias Rath and Linus Pauling) theorized that Lp(a) is produced to patch damage in the endothelium (inner wall of arteries) which generally occurs due to inflammation along with lack of antioxidants such as vitamin C. (Vitamin C is also needed to produce collagen for tissue repair).

Therefore it makes sense that SUFFICIENT IMPROVEMENTS in diet (non-inflammatory foods) and greatly increased intake of various antioxidants including ascorbate (vitamin C) – should cause the body to reduce production of Lp(a).

I was able to devote full time and effort to study and recovery. When I look back now, having learned a good bit about nutrition and biochemistry, it seems reasonable, not surprising, that my protocol of supplements, diet, and exercise, achieved the desired results.

So why don’t we hear about similar reductions on Lp(a) using nutrition? My guess is that many people are not able or willing to put the time, effort, and money that I did. Taking niacin only, or vitamin C only, or l-carnitine only, is not likely to do the job very well. 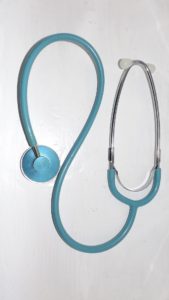 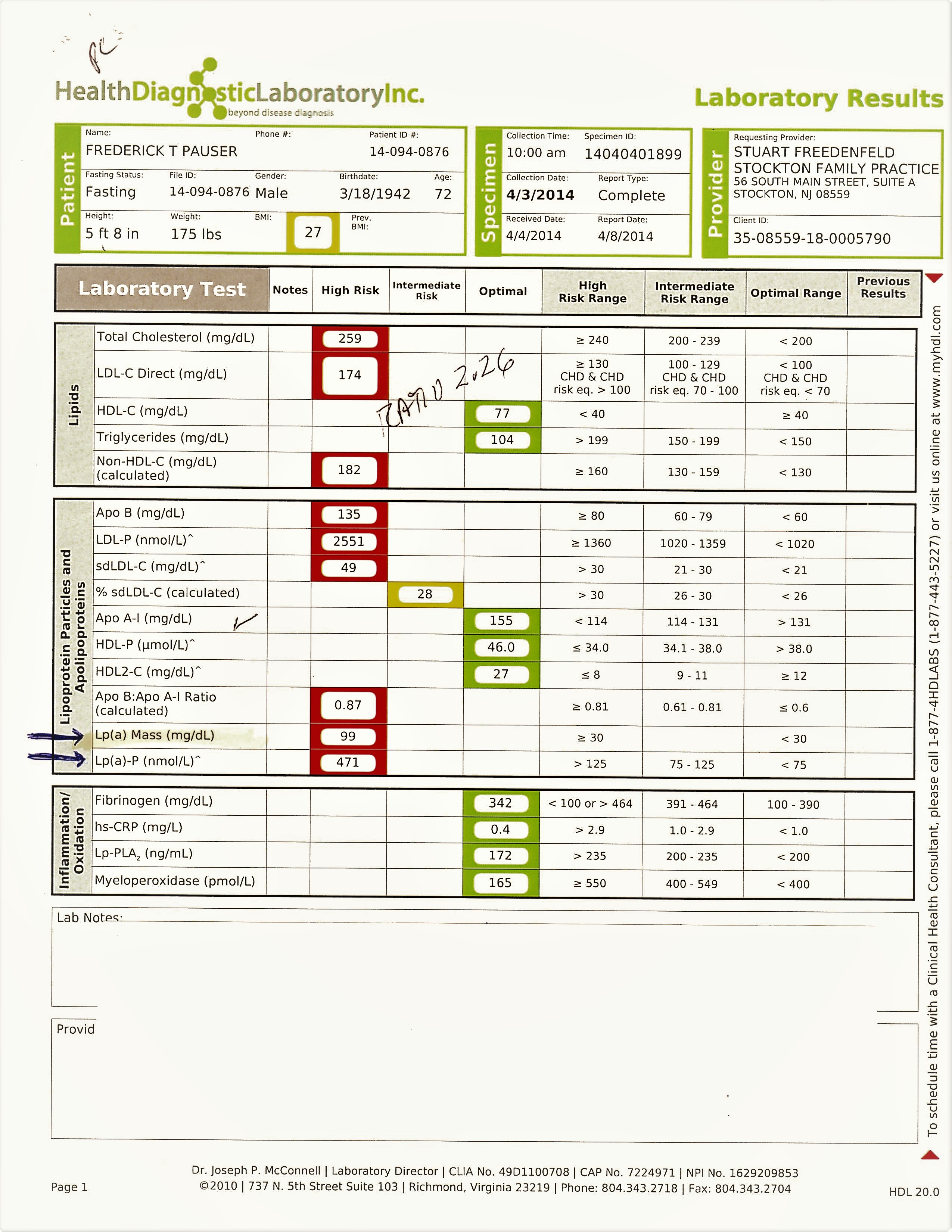