Regardless of what type of diet one adopts to lose weight, for it to work there must be a “calorie deficit” – meaning eating less calories than one is burning internally. However, it’s FAR more complicated than that statement seems to indicate! Counting calories is pretty much a waste of time.

For example: 300 calories as a large soda affects the body very differently than 300 calories as a large white potato, even though both are carbohydrates. The calories of the soda are either from high-fructose corn syrup or from sugar (which is half sucrose and half fructose). Fructose above about 100 calories/day may be toxic in several ways. Yet the large potato provides it’s 300 calories without toxicity (if it’s organic). The net energy gained from each is different, to say the least!

The “Standard American Diet” (SAD) is high in sugar and processed foods and relatively poor in nutrients although high in calories. This often leads to obesity and eventually to health problems such as diabetes and/or cardiovascular disease. Overweight individuals who find themselves in this situation may decide to lose the excess weight without doing much research.

The person begins by moderately cutting calories. The feeling of hunger soon arises. If will-power is applied and food reduction is maintained, the body responds by slowing metabolism so less calories are used, therefore body-weight may stay the same. The person applies more will-power and cuts even more calories. This time it DOES result in weight loss… but since the nutrients are not correct, the result is likely be more muscle lost than fat, causing reduced strength which is discouraging. But even if fat is reduced, the person begins to feel not well (due to nutritional deficiency) therefore quits the diet… and likely any loss of fat is soon gained back. (That is just one possible scenario.)

When blood sugar (glucose) levels rise the pancreas produces a hormone called insulin which is necessary to enable glucose to enter the cells of the body where it is used as fuel to produce energy. As glucose is absorbed into cells, the blood level of glucose is reduced which is important because very high glucose in the blood becomes toxic to various tissues.

When people overeat carbohydrates (and under exercise) various cells (muscle, etc) begin to resist insulin’s signal to let the glucose in because they already have all of the material for energy they need. So the body is confronted with potentially dangerously high glucose level in the blood. So the next step is to convert glucose into fat (by gluconeogenesis) and stores it in adipose tissue.  The cells’ refusal to allow glucose to come in even with insulin present is called INSULIN RESISTANCE.

INSULIN IS OFTEN REFERRED TO AS “THE FAT STORAGE HORMONE.”

It difficult to lose weight on a high carb diet because the body will not burn fat until the sugar (glucose) level in the blood is taken care of (normalized).

After years or even decades of low-quality high carb diets and increasing weight gain, there may come a point when even fat cells become insulin resistant. Then the blood becomes chronically high in both glucose and insulin. At that point the person is said to be both insulin resistant and to have hyperinsulinemia. The combination of the two usually means diabetes.

(Another way that diabetes occurs is when the overworked pancreas loses its ability to produce enough insulin to lower the blood glucose.)

Medical doctors tell us that type II diabetes is a progressive disease that is not curable, and life with it can only be prolonged with certain drugs! That is FALSE.

The right kind of natural dietary treatment can reverse and cure diabetes, and without drugs! Appropriate food intake (plus exercise) is the ONLY cure!

Everyone carries some amount of fat on their body. Leptin is a hormone secreted by the fat cells. The more fat a person has, the more leptin in the blood. Leptin has a major influence on our metabolism and the amount of fat we carry.

When in good health the body maintains its fat supply within a genetically-determined narrow range as an emergency source of energy. Suppose a healthy person has exercised more than usual or eaten less than usual for a day thus causing the body to dip a bit into the fat reserve for energy. This causes leptin in the blood to be lower than usual which signals the brain to increase appetite. When food intake has replenished fat stores to an amount that the brain considers to be normal, the person’s appetite changes to a lower level.

Leptin level also continually influences the rate of metabolism. When the level is very low the brain reacts is if the person is beginning to starve. Therefore metabolism is slowed to save energy. Conversely, when leptin is high indicating plenty of fat in storage, metabolism is increased producing plenty of energy.

When a person has “leptin resistance” the brain does not get leptin’s message. This causes the brain to act as if there is low leptin meaning insufficient fat storage even if the opposite is true. This causes :

2)  Slow metabolism as a response to save energy (even though there is plenty of energy available).

So leptin resistance makes it very difficult to lose weight.

ANOTHER FACTOR: “it’s the inability to burn fat that makes you fat,” says Dr Dan Pompa. The cells can burn sugar OR fat for energy, but the diabetic is adjusted to sugar-burning mode. The diabetic has insulin resistance which promotes conversion of glucose to fat for storage. If leptin resistance also exists that causes decreased metabolism which compounds the problem. It’s a double whammy toward excessive fat storage, not to mention leading toward other health problems.

There are many possible contributors to chronic inflammation such as:

It should be emphasized that certain inflammatory fats and oils especially need to be avoided, including processed canola, safflower, soy, corn, cottonseed, and sunflower oils; also margarine. Avoid all hydrogenated or partially hydrogenated oils and “trans fats.” Keep omega 6 fats to a minimum. The omega 6 to omega 3 ratio should be 4:1 or less.

BENEFICIAL FATS: Some fats are beneficial and even necessary for health. Included are saturated fats such as egg yolks, avocados, hard cheese, organic butter, organic meats, fatty fish such as salmon, sardines (avoid large fish). Coconut oil is especially healthy. But be wary of olive oil. These days much of the olive oil on the market is diluted with processed vegetable oils making a final product of poor quality. Olive oil is potentially healthy but be sure of the source. Even question olive oil labeled “organic.”

Changing the diet to include more of these healthy fats and less carbs is an important part of the solution toward lowering insulin resistance and leptin resistance, losing weight, and improving health.

THYROID HORMONE: When leptin is high and the brain is receptive, this in turn influences the thyroid gland to produce enough hormone to step us metabolism. But if leptin resistance occurs the brain will not get the message. Leptin resistance can cause hypothyroidism which also results in slow metabolism and low energy. This is another “double whammy” situation making weight (fat) gain even more likely.

So what does everything discussed so far have to do with cardiovascular disease (CVD)? Type II diabetes and CVD share many of the same causes. Anyone with diabetes or even pre-diabetes (insulin resistance/high blood glucose) is much more prone to CVD and heart attack than a person with normal insulin and normal blood sugar.

By the way, a person eating a high-carb diet might test blood sugar as within acceptable range, but a more definitive test is insulin level, which is not usually done, but should be.

The first step toward curing both diseases is similar. For most people that would generally be a high-fat-low-carb type of diet. Much more about dieting and cures in Part 2 and 3.

Part 2 will be on: Specific Diets, Pros and Cons 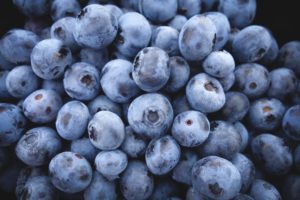